It will come as no surprise that I love Hudl2’s. The trouble is, since starting a Hudl2 repair business, I hardly ever have a working one I can use, as I am always having to cannibalize it for parts. So I decided to set out on a mission to find a tablet as good as the Hudl2 that matches its charm and spec in as many areas as possible.

Possible spoiler, but I haven’t been able to find a suitable alternative yet, I am starting with a the Lenovo S8-50F.

First off, this is a nice looking tablet. It has a good feel to it. I’m not sure what colors it’s available in, but this is what the back of the one in front of me looks like: 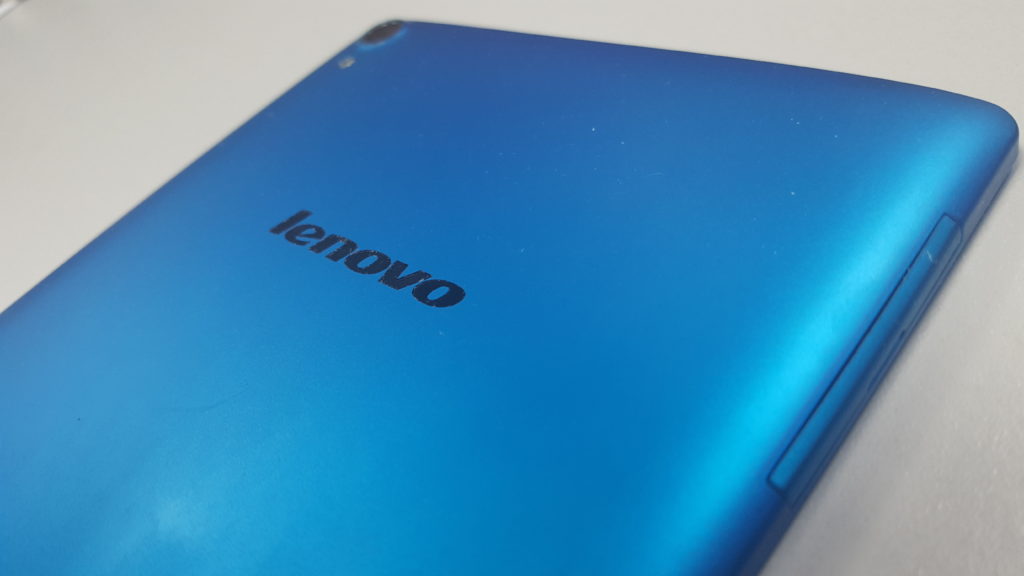 In common with many Tablet manufactures, Lenovo has fallen into the trap of focusing on their brand rather than the model of the tablet. This means that word of mouth marketing won’t work. For example consider the following scenario. You see someone using a nice tablet and ask them what sort of tablet it is, because you would like to get one yourself.  There is nothing on the tablet any where to indicate that it’s a S8-50F. So you Google Lenovo Tablet and get horribly confused because there are hundreds of different tablets available. In this scenario, you’ll probably end up getting an iPad. Tragic. 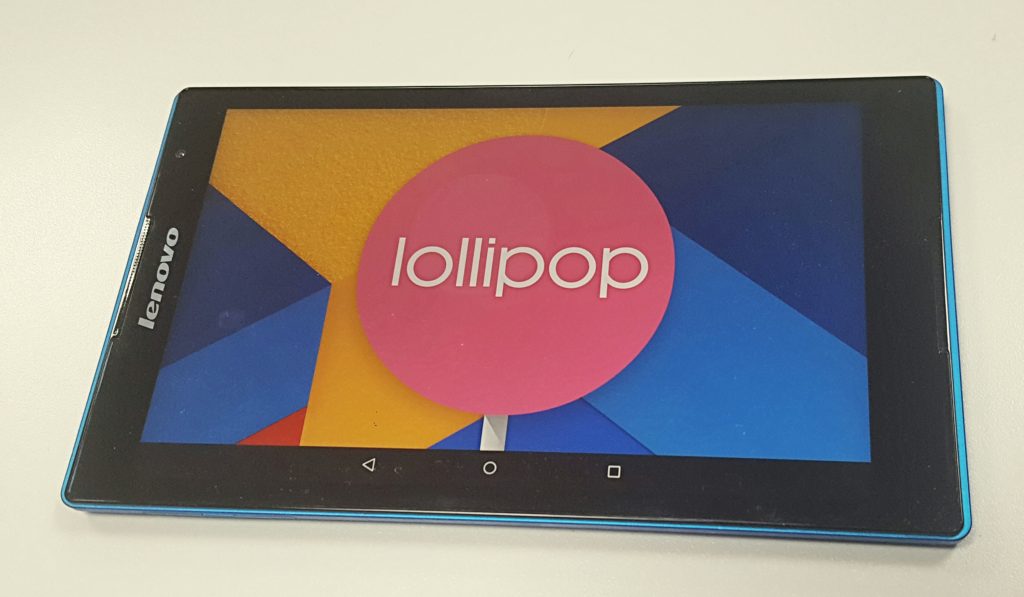 Here the spec for the S8-50F Cameras

If you want to re-purpose an Android Tablet as a Media Center, or play games on a big screen with a Bluetooth controller, then you are going to need HDMI out.

The S8-50F falls down here as as it does not include a HDMI out socket. You could still use a Chromecast I suppose.

Hudl2 supports 5ghz WiFi. The S8-50F does not. I was very concerned initially when I wasn’t able to connect to it my 5ghz WiFi as this is crucial to avoid buffering when streaming media from my NAS. I was hopeful that it might be a software issue and was disappointed to discover. It transpires that Lenovo opted to save a few pennies on production cost by opting to install a cheaper WiFi chip. 5ghz WiFi isn’t a luxury in 2017. For me, the lack of this is a deal breaker.

Round 5: Sound and Speakers

Both tablets support Dolby Stereo but the S8-50F has the speakers on the front of the tablet. This does have the effect of providing a better audio experience. Music tracks sound brighter as a result of the position of the speakers.

Overall while S8-50F is a better tablet than the Hudl2 in many respects, the real problem with the S8-50F is the lack of 5ghz WiFi. This just slows everything down. For example, while it may have a slightly faster graphics chip than the Hudl2, it took 5 times as long to download 3D Mark on the S8-50F than it did on the Hudl2. I’d downloaded installed and completed the test on the Hudl2 before the S8-50F had even finished downloading the app.

However, depending what you are planning to use the tablet for, slow WiFi might not be such a problem for you. If you’d like to get one (while stocks last) checkout the link below:

Other issues with the S8-50F

I had a real struggle upgrading my S8-50F to Lollipop firmware. The built in update functionality simply didn’t work and neither did the Lenovo Smart Assistant app. I suspect the problem is that the files it needs to download are no longer online on the Lenovo servers.

In the end the only way I was able to get it upgraded was to Google the name of the update and append XDA to the end. I was then able to locate the OTA updates on online mirror sites on the XDA forum. I need to install two of these in order, before the update functionality on the Lenovo tab started working and found the big Lollipop update.

The approach it took was to confirm that the OTA mirror links were working on my PC. I then emailed them to myself and opened the link on gmail on the tablet and downloaded them. I used the Lenovo update application to install them. If you click on the suitcase Icon on the right hand side of the update screen you can select the option to: “Install the specified update pack.”. Select Recent and you see the most recent update you have downloaded. Click on this to install it.

It takes about 3 hours to download the Lollipop update from the Lenovo servers. You can do this using the built in update functionality after you have manually installed the initial two update.  This process is probably well beyond the patience of most people. It doesn’t appear that Lenovo will be supporting the tablet beyond Android version 5.0.1 Lollipop either. 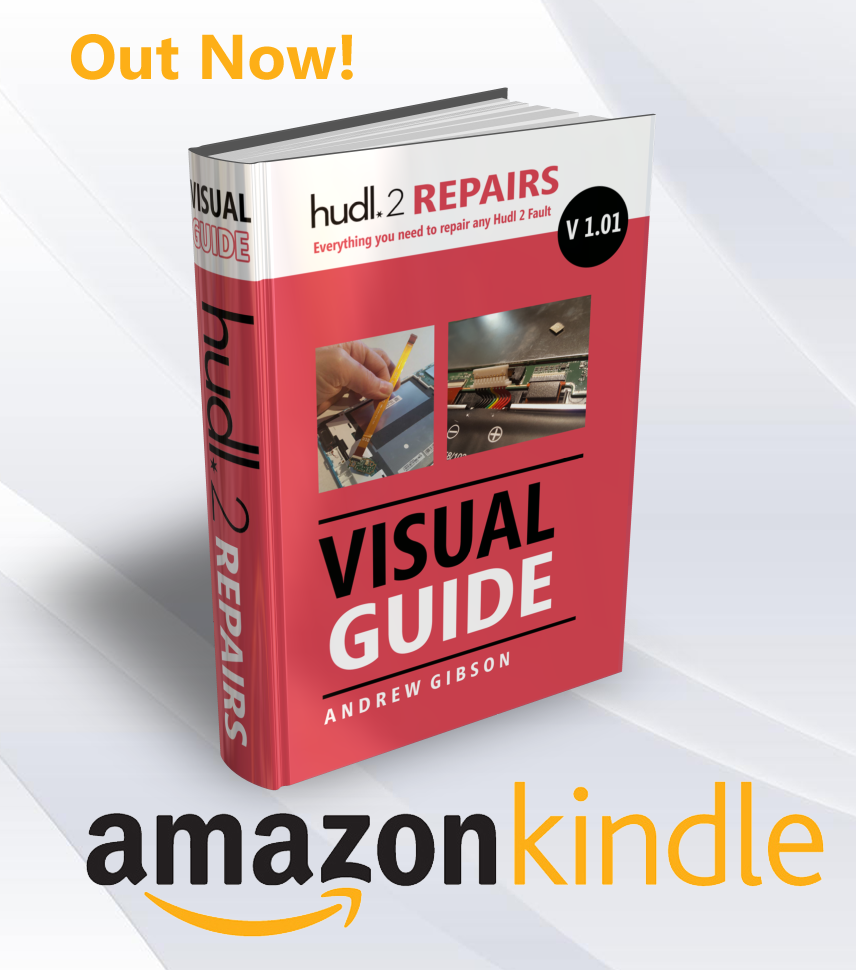